This section covers the ingredients found in Blood Sugar Optimizer™ and discusses WHY & HOW they work, including links to clinical studies. You can also see "recommended use" instructions.

Recommended Use: As a dietary supplement, take 1-2 pills, 3x daily with 1 glass of water (preferably 10-15 minutes before a meal). Maximum daily dose is 6 pills.

Warnings & Interactions: If you have a medical condition (especially diabetes or glucose control problems), are pregnant, lactating, trying to conceive, under the age of 18, or taking medications (especially for diabetes or glucose control), consult your health care practitioner before using this or any new nutritional product.
Capsule Size: Capsules may always be opened and the contents poured into your mouth or a liquid beverage. 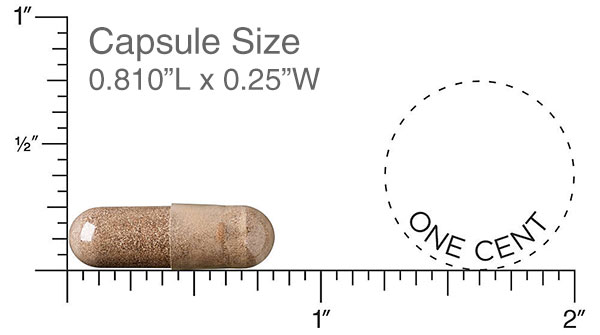